Home
Blog
All we are saying… 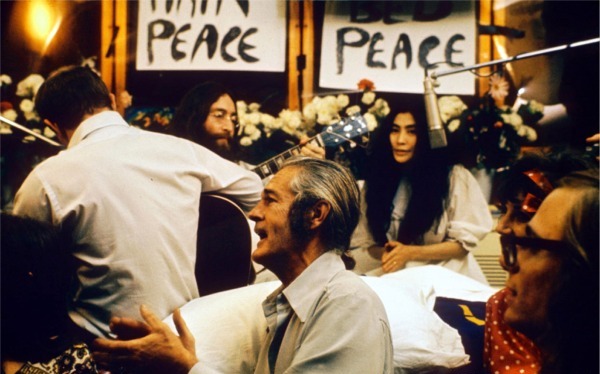 …is give peace a chance. Seems like a harmless request, but in the run up to the Iraq war it was Clear Channel (now known as iHeartMedia) that published a “don’t play” list of 156 anti-war songs and prohibited their stations from broadcasting them.

Wisconsin Democracy Campaign reports on another sign of the times….

A Madison radio station owned by national media conglomerate Clear Channel is selling the name of its newsroom, a move that drew sharp criticism from the Society of Professional Journalists. Under the naming rights deal, the station will deliver its newscasts from the “Amcore Bank News Center.

Imagine the discomfort in two corporate offices if this story ever needed to be told: Now this news update from the Amcore Bank News Center… Top Amcore Bank officials were indicted this morning by a federal grand jury on charges of financial fraud, criminal conspiracy and obstruction of justice. More on this breaking story at the top of the hour.