Home
Uncategorized
Check out the centerfold at…

Pentagon officials have been spying on what they call “suspicious” meetings by civilian groups, including student groups opposed to the military’s “Don’t Ask, Don’t Tell” ban on lesbian, gay and bisexual military personnel. The story (first reported by Lisa Myers and NBC News last week) noted that Pentagon investigators had records pertaining to April protests at the State University of New York at Albany and William Patterson College in New Jersey. A February protest at NYU was also listed, along with the law school’s LGBT advocacy group OUTlaw, which was classified as “possibly violent” by the Pentagon. A UC-Santa Cruz “Don’t Ask, Don’t Tell” protest, which included a gay kiss-in, was labeled as a “credible threat” of terrorism.

Servicemembers Legal Defense Network (SLDN) condemned the surveillance and monitoring saying, “The Pentagon is supposed to defend the Constitution, not turn it upside down.” SLDN executive director C. Dixon Osburn explains, “Students have a first amendment right to protest and Americans have a right to expect that their government will respect our constitutional right to privacy. To suggest that a gay kiss-in is a ‘credible threat’ is absurd, homophobic and irrational. To suggest the Constitution does not apply to groups with views differing with Pentagon policy is chilling.“

The documents, provided to The New York Times over the past week, came as part of a series of Freedom of Information Act lawsuits brought by the American Civil Liberties Union, which has sought access to FBI files on about 150 protest and social groups that it says may have been improperly monitored. Civil rights advocates say the government is improperly blurring the line between terrorism and acts of civil disobedience and lawful protest.

One FBI document indicates that agents in Indianapolis planned to conduct surveillance as part of a “Vegan Community Project.” Another document talks of the Catholic Workers group’s “semi-communistic ideology.” A third document indicates the bureau’s interest in determining the location of a protest over llama fur planned by People for the Ethical Treatment of Animals. Rumsfeld Spies on Quakers and Grannies. says Progressive’s editor Matthew Rothschild.

“You look at these documents,” says Ann Beeson, associate legal director for the ACLU, “and you think wow, we have really returned to the days of J. Edgar Hoover.”

Retro fear of Commies should then come as no surprise…
In New Bedford, Standard-Times staff writer Aaron Nicodemus reports, “A senior at UMass Dartmouth was visited by federal agents two months ago, after he requested a copy of Mao Tse-Tung’s tome on Communism called ‘The Little Red Book’.” 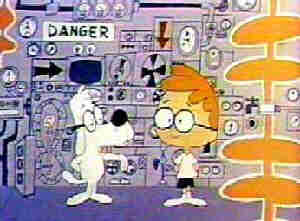 Mr. Peabody set the Wayback Machine to the year 1974 to the final days of Richard Nixon…
The AfterDowningStreet.org coalition, an alliance of over 100 grassroots organizations, has launched the Censure Bush campaign in order to support new legislation introduced by Congressman John Conyers that would censure President Bush and Vice President Cheney and create a select committee to investigate the Administration’s possible crimes and make recommendations regarding grounds for impeachment.

Here in Wisconsin…
State Republican leaders are trying to rush through the constitutional ban on civil unions and marriage. Action Wisconsin would like you to Ask Lawmakers to Vote NO on the Amendment. “While the state Senate voted 19-14 on Dec 7 to pass the amendment, we still have time to contact our lawmakers in the state Assembly.”