Home
For Writers
Roger Watters Out of the Box 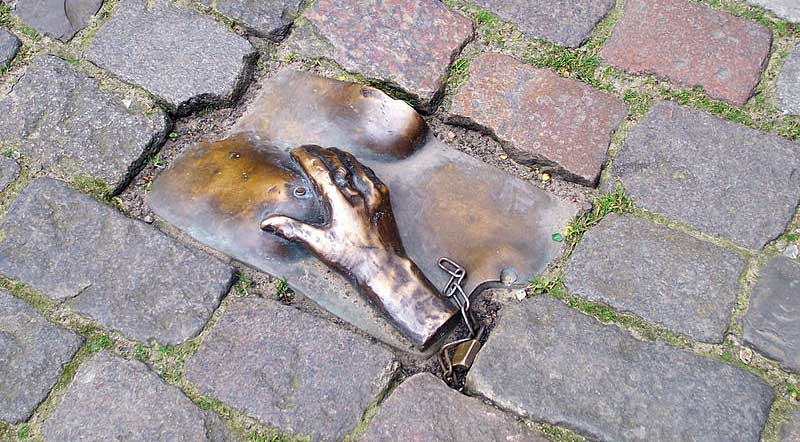 Personal Trust is the first poem’s title. I start reading…

I tried to justify my actions
in my youth but there was none.
No way I could explain
what I knew was wrong.

Years later I took special training
to assist others whose lives
had been altered due to their
own actions or actions by others.

As a result, I mentioned
what had been bothering me
for over fifteen years
only to have them laugh at me.

I pause. I get it, a poem about his personal shame. Roger is a Vietnam vet. I imagine situations in war that he might have experienced and I see him in a room, sitting within a circle of men, working on PTSD recovery by exposing the pain they carry within. But then, his confidence is dashed, his courage mocked, his pain dismissed. I keep on reading…

Their point was that if that was
all I could remember I’d done
that I’d wished I had handled differently,
they wanted to be in my shoes.

The job started. The calls came.
The faces were many.
Some I knew by name.
Others I had never meet.

He realizes that some wounds may be deeper, some pain stronger and lasting longer. He learns to hold fast and not to condemn himself for a sin. He devotes his life to helping other vets overcome shame and guilt while he works to resolve his own. He evokes a lifetime mantra against war, the cost of which remains an unpaid bill, a drive-away, a hit-and-run with people’s lives shattered, crippled and sometimes extinguished. I recall the stream of faces I have known, the veterans of wars I have encountered, each sharing a personal story about pain and loss. I read on…

The situations were as different
as the faces that were attached.
At times I was asked how I did it.
There was another I had no response.

As the seasons have past,
now fifty years plus.
I still have no answer to that
violation of personal trust.

Roger seems to realize that while some vets choose to remain blinded to the causes of war and can be excused for wrapping their pain within a flag of patriotism — that yes! — there are other vets who realize that tin soldiers train boys to believe in war. Playing at real war is betting your one and only life and your personal limbset on a random game of life vs death, luck vs intention, fear vs logic, strength vs numbers, time vs evil. Winners get to live another day. Mark it with an X as the month hangs, tattered and limp from a nail on the wall of a barracks in some foreign country. Then, for any number if reasons, that war ends and you’re home, only to realize sooner or eventually, that you have been used and then tossed aside like ass-wipe. Soldiers serve to protect Wall Street and their only interest is in keeping a fresh supply.

I hear you Roger!

It’s Friday morning. I am sitting in a circle of ten at the Writers Workshop. We are reflecting our thoughts on the poem. Roger is placed within a box of silence. We are instructed to speak about the work as if he is not in the room. I share my knowledge of Roger’s Vietnam experience. We talk about shame and regret. The discussion closes and we let Roger emerge from silence.

He explains the poem. He’s out of the box now, but once while out on a college date, Roger made a mistake …a Freudian slip? He claims it was an unintentional error made more than fifty years ago. While sitting in his car, she turns unexpectedly and his hand touches her breast. The small campus erupts as word spreads. He is branded a lecher, burdened with shame for ever after — now an old man in Vermont writing poetry.