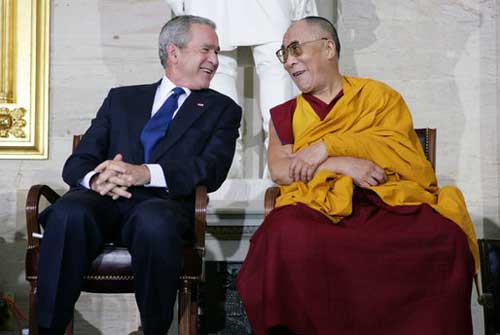 A recent study by the New America Foundation “places the United States at the top of the list of the world’s leading arms-selling nations in 2007, accounting for more than 45 percent of all global weapons transfers.” The Bush administration signed “arms sales agreements…” worth more than $32 billion last year, including with one or more parties involved in 20 of the world’s 27 major conflicts.

Let’s connect some dots to see why the Bush Administration is buddying up to the Dalai Lama? Think of it as the latest chapter in an ongoing sales and marketing campaign to create a new Taiwan-of-the-west – another place to deliver billions of dollars in “foreign aid” followed by billions of dollars in contracts for American arms profiteers to provide advanced weaponry, should we ever succeed in leveraging off another chunk of China. The so-called “exiled government of Tibet” is a body we worked hard to create, starting in 1956 when the CIA – under a directive from the Eisenhower Administration – trained, armed, funded and enticed revolutionaries within the Chinese autonomous region of Tibet or Xizang. Then in 1969, we abruptly abandoned them – just like we did to those unfortunate Cuban rebels at the Bay of Pigs.
I am not asking you to believe in a fairytale. It is all documented with interviews of Tibetan revolutionaries that were trained at a US military base in Colorado and with interviews of the US military and CIA agents who trained them in an amazing documentary, The Shadow Circus: The CIA in Tibet, made for the BBC by Tenzing Sonam and his wife Ritu Sarin.
Tweet Pin It 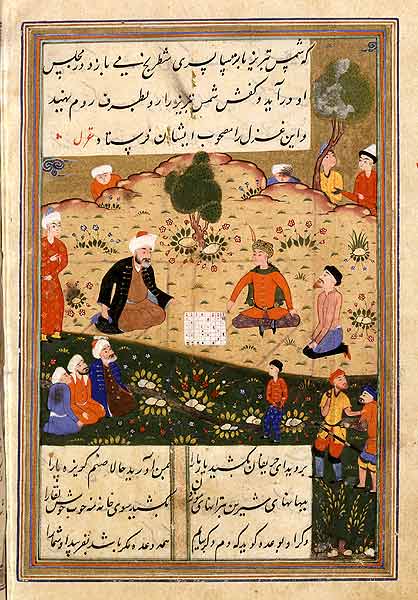